Hey there you artsy fartsy people, hope you all had a great turkey day last week. I had a very relaxing weekend, and watched a ton of Tv shows. Thanks to this great website full of so many reasonably priced art supplies and other goods called http://www.easyprices.com/art-collectible (that should bring you straight to their arts page) I managed to have a nice weekend of making my own art(paintings of naked fruit bowl if you must know) while enjoying another type of art on the television, well specifically the internet television. I am talking about Netflix, the online streaming platform that has taken the world by storm in the past decade. Starting as a humble mail order DVD rental company, Netflix is now a worldwide known name and has even dabbled in producing shows, whether they be revivals of dead series or entirely new ones. These are some of the best, in my humble opinion.

This cartoon show about a washed up equestrian actor first seems like a funny, over the top cartoon designed to be ridiculous but after watching a couple more episodes, you realize it's more than that. This is a story about someone who has risen to the top, where things are not as easy as they seem from the bottom floor. The intro sums up Bojack’s character very well, with him walking around a party in his own mansion with eyes growing everly redder and pupils more dilated before falling off the balcony into the pool below, with his friends watching terrified. BoJack manages to show us how we all have felt at some point, and his eventual climb back shows us to not give up on ourselves. Already a cult classic, expect this show to stay on for years to come. 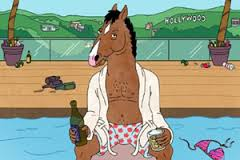 F is for Family

Another cartoon (there is a reason I bought painting supplies for watching these) revolving around concepts that the everyday person will deal with at some point, without that cheesy ‘everything's okay’ feel that some of these semi-realistic shows have. Bill Burr gives an amazing performance as a father of 3 living in the United States in the 1970’s; where you can smack your son, smoke inside and bring a gun to the airport. This show is a slight foil of Bojack, is only for the reason that they both have a hidden tone of the verbal abuse in a family but F is for Family shows how it affects the father, and Bojack the children. Overall an amazing show that I cannot wait for the second season to air. 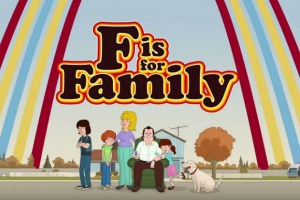 Examining the life of famous trader and adventurer Marco Polo, this drama shows the lesser known story of the man behind the name. It starts with a young Marco Polo meeting his father and Uncle while a teenager, and starting the adventure to China with them. The program is a lot more intellectual than you would expect, with a large portion of screen time dedicated to the ancient Chinese court systems. Still a very grown up program, expect lots of political intrigue and warfare with some sexual intrigue thrown in.

Steven Avery was exonerated after spending nearly 2 decades in federal prison for a crime he did not commit. After Avery filed a wrongful imprisonment lawsuit against Monotonic County Corrections and some individuals involved in the case, Avery found himself in jail again. Arrested on suspicion of murdering a reporter who was last seen on Avery’s farm taking pictures, Avery and his nephew were tried and convicted. This is when Avery’s case catches the attention of two Columbia graduates, who approaches HBO and PBS about a documentary involving Avery’s life, but only Netflix accepted. The show generated plenty of popularity for the case and even prompted petitions to have the case reviewed, however the corrections officer insists that the show does not show all the evidence.

Released earlier this year, Fuller House is a sitcom following in the footsteps of Full House. This continuation has D.J. who is now a widow and mother to three living in her childhood house once again, and with some company; her sister Stephanie and her lifelong best friend Kimmy. In other words, the house is a lot Fuller. Featuring some awesome video editing tricks, Fuller House takes full advantage of being produced decades later than the original. 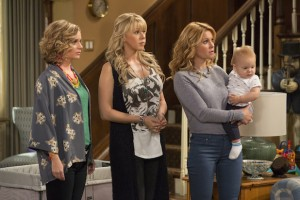 Those are the Netflix original TV shows that I have been binge watching this weekend, I hope you guys enjoy them just as much as I did. I obviously didn’t get to cover some of the new ones like Luke Cage as I haven’t seen them yet, but hopefully I will have time next weekend and can give you guys a little review!